30 August 2013 | By Joe Robinson
Victor Kislyi hasn’t had a vacation in two years. When I asked him about it, the look of pure bliss as he recalled his vacation was almost heart-breaking. The man was tired, and clearly needed some sleep. Unfortunately he’s busy being the CEO of one of a games company that’s exploding, quite successfully. Since 2010, Wargaming.net has become a global force, with over 2000 employees spanning 16 offices around the globe, all thanks to a free-to-play arcade combat game called World of Tanks. 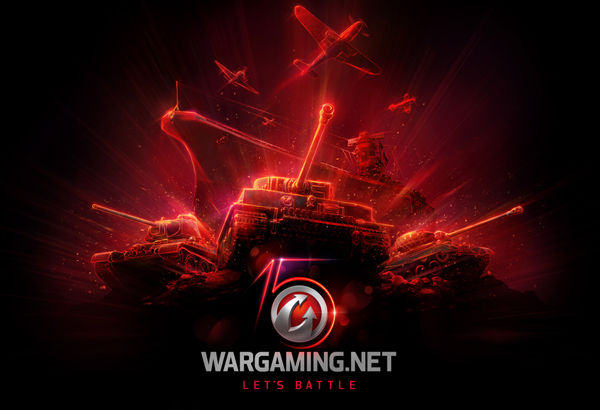 Probably the ultimate example of a free-to-play game, it now has 70 million subscribers first time, with an unusually high percentage of player’s monetizing. Before this, Wargaming had been known for some decent, but fairly middle-of-the-road strategy titles – nothing really mind-blowing. Maybe because of this, or because the free-to-play market was fairly new back then, Victor had trouble getting any publisher support for the game. They ended up releasing it themselves. I asked Victor if he was pleased with himself:

“There’s so much work to do in the company that frankly speaking, I don’t remember the last time I had an opportunity to sit back and relax and enjoy that satisfaction you mentioned. There’s always something happening.”

Myself and Victor are sitting in a spacious demo booth at Wargaming’s GamesCom 2013 Business Booth. Covering one whole wall is a map of the world, pointing out all the places that Wargaming has offices, with connecting lines between them.

“This map is a curse! Those lines are where you spend most of your time, in the air. But yeah it is satisfying, but we have that, what’s next? We are ambitious people, and we are looking into the future. Recent past, the last three years, were great. I think the future is much greater. Much more legendary than what we have today, so let’s just work to make that happen.”

Wargaming isn’t stopping with just Tanks: in 2011 the company announced they were making World of Warplanes, a free-to-play air combat game along the same line as Tanks – it released this year just prior to GamesCom, and so far appears to be doing well. They also announced World of Warships (originally World of Battleships), which is now fully in development, and with the recent acquisition of Chris Taylor’s Gas Powered Games studio, Victor’s already got an eye for what’s coming next.

“We need to be a great company. Wargaming, after its 15 years in operation, is already kind of cool, or, close to great company. Ok it IS a great company, you know? But we want it to be forever. If, I don’t know, I retire after some years, I want the company to stay and be there for the next 50-100 years. Our goal is very clear. As we say internally, our mission and vision (we combine them) is very simple: We deliver legendary online games, globally, with passion. That’s all we do.”

And deliver he shall. The map I mentioned before has some holes in it – there are currently no offices in the Middle-East, India, or South America. Victor expects this to change within the next year, and not only that, he wants to create an infrastructure so they can release a game year-on-year. Not just any game either – big releases, like World of Tanks.

“We want to release something like World of Tanks, Warships etc… every year so that you guys, as in Strategy players have more and more choices. It’s all about choices, on where to spend your time. You like ships? Boom, we have it. You like big walking robots, boom we’ll have it in I don’t know, someday. You like helicopters, spaceships… I want to be able to provide any battle environment you can think of for years to come.”

You can choose any colour you like, so long as it’s black. 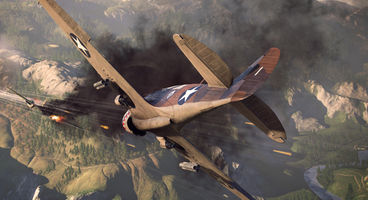 Of course, for Victor, it’s not ALL about videogames. Growing up in the former USSR, his education to begin with was less than stellar. Despite being well educated himself now, his experiences growing up seems to have left him with a genuine passion for kid’s education, and making sure the next generation have a decent chance. So far, this passion has only extended to the children of the United Kingdom – early this year the company announced that they would be giving grants to two separate museums, so that they could build state of the art education centers.

Both the Bovington Tank museum in Dorset, and the Cosford RAF museum, has benefited from Wargaming’s generosity, and Victor couldn’t be happier:

“Educating kids is good. We will keep doing it… especially in our area of history. Every time you watch CNN nowadays, you see that some people out there maybe were not educated enough in history. That’s why you see some mistakes… and there are wars going on, like always, so maybe we need to strengthen historical education in some institutions.”

“This is a sad story but a school near to the (Bovington) museum was burned down by lightning or something, it was just destroyed by fire. So they had to use buses to take the kids to the education centre in the museum to use for their lessons, which miraculously had just been opened not long before, so the kids were using it as their normal school. But yeah, it uses the latest computer technology to teach the kids, they have touch screens, which even I don’t have! They have internet access; they have all those interactive programs.”

Other non-gaming pursuits also include the company’s semi-disastrous expedition to Burma, to dig up a supposed cache of lost Spitfires. Going on the research of British Farmer David Cundall, the company funded an expedition to the Asian country last year, but to no avail. While it hasn’t been officially announced yet, Victor told me they were planning on releasing a documentary about the whole adventure:

“Right now we have a lot of materials. We have miles of footage and photos and everything. It was a big thing, you know? What we did. Transferring so many people and equipment to Burma and getting into contact with the government etc…. It looks like we have solved the mystery, like a CSI crime scene. We found the final evidence, and its bullet proof. We’re going to present some materials that we have to put together, about what happened, what did not happen, and how we solved it. And this is going to be an incredible story…. But stay tuned for more information.” 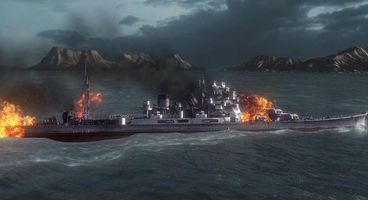 For now, then, it’s back to the games. I tried asking him what Chris Taylor and his crew were working on, but was remarkably coy about it – allegedly even he doesn’t know, although he tells me they are still in the conceptual and prototyping phase. If Victor wants to start his ‘one-game-a-year’ thing going, then perhaps we can expect World of Warships to be out sometime next year, with Taylor’s game the year after that. In between that, Wargaming are experiment with new markets, like mobile devices and consoles. The World of Tanks: Xbox 360 Edition is well on its way, and the company is even releasing a mobile port in the form of World of Tanks: Blitz.

If the latter especially does well, they’ll end up porting all of their games to mobile devices. I asked if he would consider other new technology as well, as I’d just seen the Oculus Rift in action the day before.

“The challenge with those new devices, even though a lot of them are cool, is that with free-to-play you have to have a large install base. World of Tanks has 70 million players… traditionally with free-to-play games you only monetise a small percentage of your user base… but with World of Tanks, I guess because it’s such a cool game, we’ve got a great user base, and they regularly spend like a movie-ticket’s wroth of money in our game. But when you have this massive user-base, do you see them all rushing out to buy this 3-400 dollar device? No. It’s not huge, it’s not massive.”

“Sure, when it gets its user base, we will get there. Right now it’s too early. Our main goal at the moment is WASD and Mouse, that’s how you discover the game. Average guy, who works as a police officer or whatever, comes home… see all his friends posting screenshots from this cool looking game, so decides to download it to try it out. He needs to be up and running in like a minute… he’s not going to go out and try and find this expensive piece of equipment. But if we have a chance, why not? We can do anything.”

But for all his ‘can-do’ attitude, it’s still left Victor feeling, and in this particular instance, looking, very, very tired. I tried to suggest he take a break, but he wouldn’t have any of it. Instead, I asked him when he’d finally make his bid for World Domination.

“The challenging part of this success is that it’s a lot of hard work. You can never step back; you have to go forward… It will happen organically and naturally… we don’t have a ‘release date’ for world domination yet. What the next year holds for us, nobody knows, but we are in a position to have high hopes.”

“You never get bored… you just keep travelling to exotic places on earth, meet nice people… it’s nice, I love it. This is life.”

Thank you to Victor for taking the time to conduct this interview.