31 July 2013 | By Jonah A. Falcon
Take 2 has registered a new trademark for Bully, which could mean that a new game is in the works. The original Rockstar game was critically praised but never made a dent financially, though it did manage to generate controversy just for being called "Bully".

Rockstar has teased a Bully 2 for a decade, and four years ago a composer put "Bully 2" on his resume. However, the IP has remained largely dormant.

Could Jimmy Hopkins be making a return? Stay tuned. 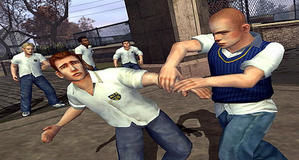