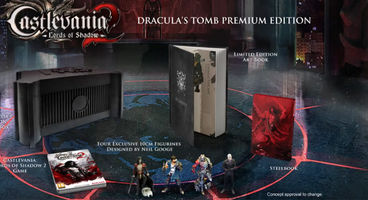 Granted it's only big enough for your Castlevania: Lords of Shadow 2 swag, but still - a tomb! There's a cheaper Steelbook Edition also on offer with alternative goodies.

A copy of the game is joined by four detailed miniature figurines designed by Judge Dredd artist Neil Googe, an A4 art book, and exclusive Steelbook lurk in the tomb.

The Steelbook Edition comes just with an alternative Premium Dracula suit, some costumes or a Relic Rune pack depending where the pre-order is made. Konami has gotten spooky for Halloween with the latest Castlevania: Lords of Shadow 2 trailer 'Dracula's Vengeance' focusing on some dude with fangs - I forget his name. Gabby? 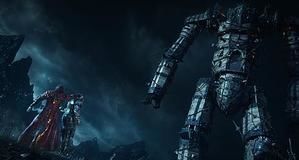