31 October 2013 | By Simon Priest
Mortal Kombat creator Ed Boon has tweeted a cryptic message that could imply a HD re-release of 2005 action adventure Mortal Kombat Shaolin Monks is in the works, or at least under consideration.

His tweet mentions someone placing a game guide to Shaolin Monks on his desk, and follows it with a teasing rhetorical question. Boon seems intent on keeping up his possible charade.

A picture of the game guide was posted. "Someone put this on my desk. WTF? Do they think we're doing an HD version to download ... um.. or something. 8|" he tweeted.

When "Supes and Bats" cameo appearances were suggested, Ed Boon retorted: "Playable cameos in what game?" Developer NetherRealm Studios latest game is Injustice: Gods Among Us and it stars a slew of superheroes and villains and can be cheekily seen within the photo of the game guide below. 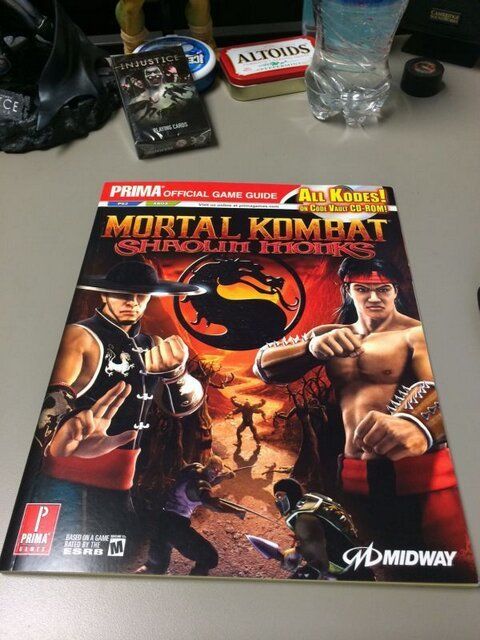