01 April 2014 | By Nick Horth
In a post on the official Star Citizen website, creator Chris Roberts addressed the recent Facebook acquisition of Oculus VR, promising that his company Cloud Imperium Games would not follow the route of impressive success followed by major corporation buyout.

"We have no plans nor interest in following this path!"

, writes Roberts, "We don’t need to go to anyone with deep pockets to make OUR dream a reality. To mass-produce hardware like the Rift, you need an outlay of hundreds of millions of dollars. Luckily our ships are digital so we have hardly any cost of goods, just the cost of developing the universe of Star Citizen and running servers that Star Citizen’s universe will be simulated on. Thanks to the generosity of the Star Citizen community we have these two things covered. 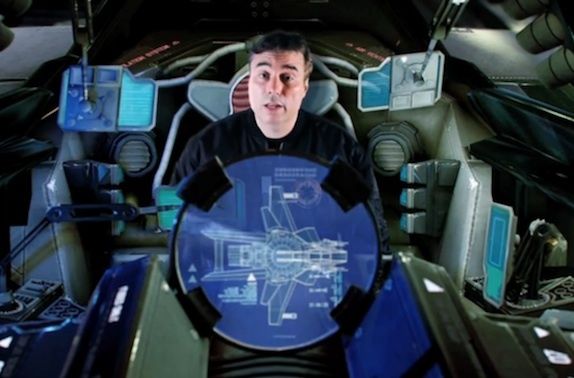 "And last but not least I’m having way to much fun building the universe of my dreams for everyone to adventure in! I’ve been down the big company acquisition route twice before and there’s a reason I am making Star Citizen totally independently!"

Despite his stance, Roberts doesn't believe that the Facebook deal is necessarily a bad move for Oculus. "My hope is that Facebook’s funding will let Oculus compete with much bigger companies and deliver an attractively priced consumer headset at the scale needed for mass market adoption without the loss of the incredible passion that convinced me to back the project. I haven’t heard or seen anything to the contrary so until I do we are fully committed to supporting the Rift."

Space sim Star Citizen has already made around $40 million in crowd-funding, so it's not surprising that Roberts isn't worrying too much about finding a buyer.