02 October 2014 | By Admin
Beamdog might be working their way through the Black Isle catalogue, with the Icewind Dale: Enhanced Edition the latest on the horizon, but according to co-founder Trent Oster some games are far easier to remaster than others.

Icewind Dale 2 and Planescape Torment, for example, would present an entirely new challenge. "Nightmares abound," according to Oster.

"If Icewind Dale is a brother or sister to the Baldur's Gate games in terms of code and gameplay differences," he explained to RPGamer, "Icewind Dale II and Planescape: Torment are more like third cousins. You can see the lineage, but the changes are deep."

It mostly comes down to the sequel's use of a different ruleset to Baldur's Gate and Icewind Dale's 2nd Edition AD&D. "Icewind Dale II implemented the 3rd Edition rules and has a completely different UI scheme. We're really not sure how deep those changes run. The move to 3rd Edition rules would invalidate all the character classes and require a pretty thorough rework of the entire game to bring in the features from our Infinity Plus Engine. At minimum, nightmares abound."

That doesn't mean that Beamdog is ruling anything out, but enhancing either of those games would require some hard work. "At this point we haven't gone spelunking too deep into those changes," Oster continues, "but we are aware of many differences which will drive up the effort to do our thing on those projects. We hope to do more spleunking once we finish up with the 1.3 Updates for Baldur's Gate: EE and Baldur's Gate II: EE and ship Icewind Dale: EE."

Icewind Dale: Enhanced Edition is expected to release within the month. 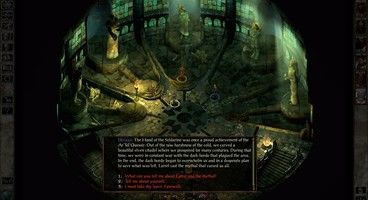 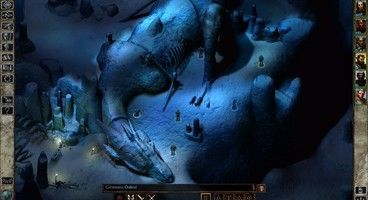