02 December 2014 | By Nick Horth
MMO The Secret World is about to get another bumper crop of conspiracies and mysteries to explore, with content update Issue #10 on the way in the “next couple of weeks”.

Titled 'Nightmares in the Dream Palace', it will include a mission chain in Tokyo, new Aegis shields, and several new characters.

“It gives me a great deal of pleasure to announce that Issue #10 – Nightmares in the Dream Palace will be hitting the live servers very soon (in the first half of December),” writes the game's director Joel Bylos in a letter to fans. 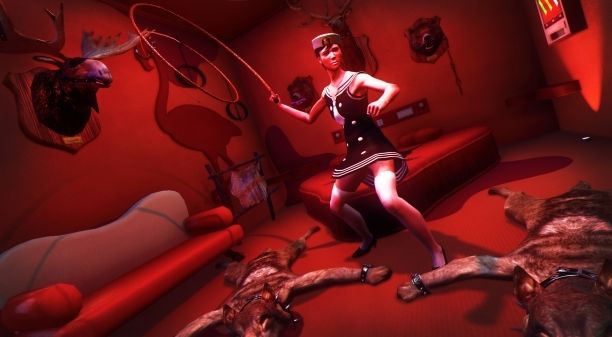 “Issue #10 is everything that we hope you have come to expect from our Issue content – a chain of new missions that provides a new perspective on the events in Tokyo, a new system and form of progression in the new AEGIS shields, a cast of new and interesting characters, and a whole new area of Tokyo to explore.”

Alongside the new goodies are various improvements to the “quality of life” for players, including ability tweaks and improvements, fixes and UI alterations. New environments, meanwhile, include quarantine camps, tenement clocks, docks and shipyards.

Alongside Issue #10 there will be a seasonal celebration in the form of The Christmas Conspiracy event.

“The Christmas Conspiracy begins with an invitation to a showing of “The Magic Flute” at the Albion Theatre, Bylos explains. “From there you’ll find yourself drawn into a conspiracy that touches the lives of several famous historical figures and find yourself exploring catacombs untouched for hundreds of years as you race against time to stop the Phoenicians from stealing the very heart of Christmas itself.”

Apparently this all “has a basis in fact”, and is based on historical events. Unlike anything else in The Secret World then. The Christmas events will kick off midway through December, while Issue #10 should drop slightly before then. Lots of new goodies for fans of the game.