You can sign up here for the beta then jump straight into action when it kicks off. To celebrate the launch Jagex is running a double-XP weekend, offering cash prizes and hosting a 24-hour live stream on its Twitch stream.

If you've got any friends interested in kicking the crap out of some Decepticons you may as well take part in the developers Recruit-a-Friend programme - Jagex are announcing full details of this tomorrow, but recruting a friend into the beta will enter you for a prize draw, possibly netting you a $15,000 reward. Which would be nice.

"We're delighted to be opening our game to the public, a game we believe is worthy to be Jagex's second massively multiplayer online game," said Mark Gerhard, Jagex CEO & CTO, in a press release today. "Our Beta community have been having enormous fun playing, as have we, often being schooled by them! Everyone has been absolutely fantastic throughout the Closed Beta and provided us with great feedback which we continue to implement into the game service through our weekly updates."

Transformers Universe has you take on either Autobots or the dastardly Decepticons in third-person tactical battles. If you want to see it in action before signing up for the beta, you can check out the 24-hour live-stream here. It kicks off on July 5. 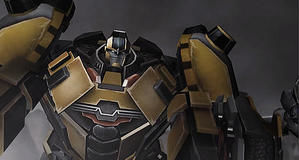