Z The Game returns to PC on Steam Tomorrow

Well, the 21st Century reissue of The Bitmap Brothers' classic is now available according to digital publisher Kiss' press release, although we've just checked the listing on Steam and it says 4th July, which is tomorrow... 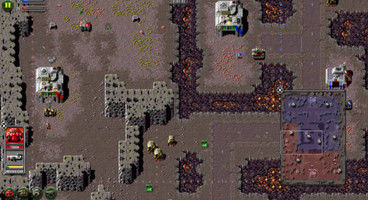 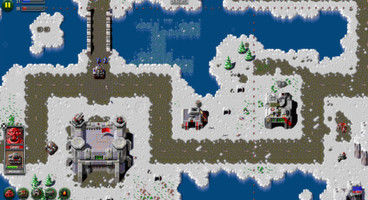 This version of Z The Game is said to be a "faithful and thoroughly modern reworking" of the classic Bitmap title, "retaining its offbeat comedy and addictive real-time strategy game play". We haven't been able to check it out ourselves yet, so we aren't sure what changes they've made, if any, but the press release does say that it contains everything from the original version; including those crazy comedy cut scenes that I was so fond of back in 1996.

"It’s finally here, and I’m pleased to say that Z: The Game on PC is everything we wanted it to be," said Managing Director of Kavcom, Tony Kavanagh. "We’ve built it from scratch for today’s PC’s, but have keept all of The Bitmap Brothers’ unique style, humour and attitude. I’m sure Z fans old and new will just love it."

It was actually only a few weeks back that I was looking for a version of Z that would run on modern PCs since my old copy has vanished, but it looks like my wish has been granted, thanks to Kavcom and Kiss.

It will be available to purchase from Steam on 4th July, but if we see it up on any other digital stores we'll let you know.