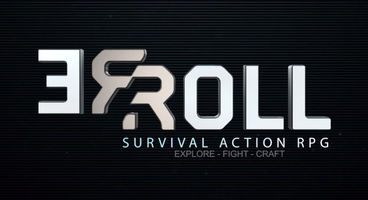 Think your project is ambitious? How about using "small civilian drones" to map out the world? Julien Cuny and Louis-Pierre Pharand have formed indie studio Pixyul and are making a survival action RPG.

They want to "recreate the entire planet" one kilometre square at a time, using these autonomous drones. These HD images will recreate the world in 3D.

They call their survival action RPG ReRoll, and they also want live weather to interfere with our day-to-day surviving, as they unveil the Reality System Sync (RSS).

"Using small civilian drones, like the eBee mini-drone developed by senseFly, a partner of Pixyul, our intention is to drone source and recreate the entire planet one square kilometer at a time," explained the indie studio. "These autonomous drones are equipped with small digital HD cameras and they map out the environment by taking thousands of pictures."

"These pictures are processed with existing 3D software to reconstructs the actual environment as 3D objects. This data and these 3D objects will generate the game's environment or in video game terms, the level design."

"The world of ReRoll is also deeply connected to reality. The Reality System Sync (RSS) connects the real world to ReRoll," Pixyul continued. "Days are 24 hours with day & night cycles, with time set to where your character is in the world. Real life weather systems are connected to the game universe... if it's freezing & snowing for real where your character is... it will in the game."

Pixyul plan to expand their in-game world sections at a time as their drones continue to map more and more. Their first release, Brick 1, isn't due until 2015. Obviously creative license will need to be taken for certain areas, either because they're boring or restricted. Oceans and seas will also be produced procedurally.

Actual gameplay involves the very basics of survival. "To subsist, you need to eat, rest, exercise, learn, fight but most of all find all the different ways to survive," explained the indie team. This isn't an MMO and doesn't currently plan for any competitive multiplayer. ReRoll is a single player game with optional co-op.

ReRoll is currently planned as a PC release but the former Assassin's Creed and Far Cry developers, Julien Cuny and Louis-Pierre Pharand, do plan for other platforms eventually. Pixyul are running their own crowd-funding campaign, with more information about ReRoll available on the official website.