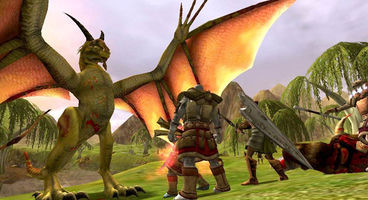 The sun is setting on Asheron's Call as creator Turbine announces they are ceasing ongoing production operations, but that doesn't mean the MMO is having its plug pulled, nor is support stopping.

Turbine will continue to address technical troubles and even some balancing, but for the long run they're helping the community set up their own servers.

It's a good move by Turbine and hopefully other studios will follow their example when it comes time to wind down on MMOs. Would Blizzard just 'kill' World of Warcraft?

Last month the MMO dev owned by Warner Bros. suffered numerous layoffs. "Unfortunately, in order for us to invest in growth areas at Turbine, we have to eliminate some positions. These are always tough decisions, which we don't approach lightly, but it's crucial that Turbine is structured in a way that reflects the current and coming marketplace," they said.

Asheron's Call began operation in November, 1999 and published by Microsoft before being taken over by Turbine entirely in 2004. It uses the original Turbine Engine 1.0. After 15 years of service the studio is finally calling it.