04 November 2014 | By SimonPriest
There's just no keeping the undead hordes down. Texas-based Subsurface Games has announced a new zombie survival game is in the works as the developer asks for $60,000 through Kickstarter. It's a procedural FPS in an open world.

It's simply called Survive. We'll awaken in a random house in a procedurally generated world, and we'll have to hit the ground running in search of food, shelter and of course some firepower.

Every building will be open to exploration, says the studio in their Kickstarter campaign. There'll be multiplayer, survivor NPCs, barricades and traps, crafting, vehicles, smooth combat and a dynamic inventory system. Subsurface say the majority of their $60,000 goal will be going toward 3D art for the game. They plan for a Steam Early Access release in early 2015. 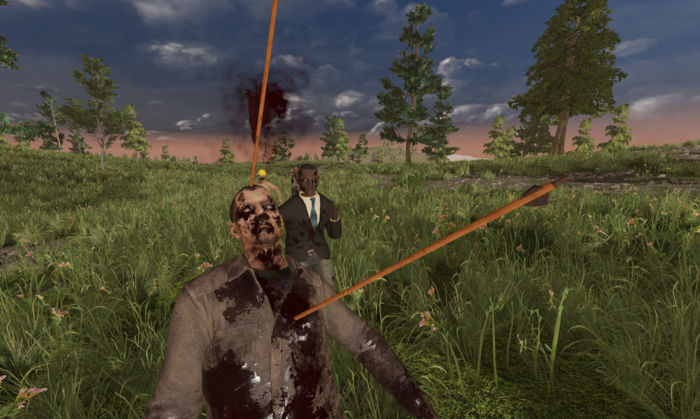 Rich procedurally generated world full of cities and lush wilderness areas that goes on forever in all directions so you will never get tired playing the same map over and over. In addition to the world being generated every building in the game has a completely procedural layout and loot placement.

Enter Every Building in the Game

Because the entire world and every building is procedurally generated you can go inside and find useful items in every building in the game. No more walking into a door just to be disappointed that you can't go inside.

Full multiplayer experience. Play with a group of friends on a private server without having to set up and pay for a server or play on big multiplayer servers with at least 32 players(this player limit will most likely go up and will depend on testing)

Dynamic and intelligent survivor NPC's that add a deep layer of crazy emergent gameplay and immersion.

Dynamic barricading and trap system that let's you turn any building or small town into a deadly fortress.

Player stats and skills that you can customize when creating a new character by deciding what your character did before the apocalypse. You can then level up these skills and stats by using them and learn new skills by finding books or having other players teach you.

Dynamic crafting system where you can combine things you find all around the world in intuitive ways to create the things you will need to Survive.

There are Land, Air, and Sea vehicles of all sorts so you can efficiently move throughout the unlimited world.

Very fluid and smooth zombie killing combat. With the solid gun handling and dynamic melee system the experience of killing zombies will be extremely satisfying. I hope you can see what i'm talking about in the video. The only thing still missing is melee and zombie attack animations.

Check out the Survive Kickstarter campaign to learn more and to pledge. There's 26 days left and 11% has been raised so far.