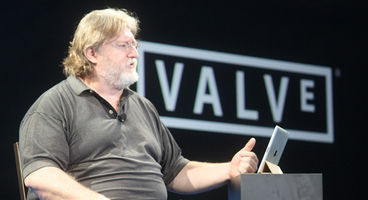 PC God-King and Valve boss Gabe Newell has taken part in a new Reddit AMA and revealed unto his flock gospel truths... about stuff; anything really. Does he have a 'secret' Steam account? You bet he does.

He'd also love to 'borrow' The Warriors IP for a Valve game. They're also "making progress" on cheap Steam Boxes for In-Home Streaming. Steam "ought to be UGC" for everyone.

There are plenty of knowledge chippings from Gabe Newell over on the Reddit AMA. What's his favourite non-Valve title? Nintendo's Mario 64.

"An IP is really a tool for a development team more than anything else. The key is to have clarity around what is uniquely of value in what you are trying to do and not waste your effort on things that don't directly contribute to that," said Newell on his thoughts about new IP at Valve.

What about the Internet’s obsession with the man himself? "It's entertaining for my friends."

Back on Steam Machines, who are Valve really aiming for with them? "We see Steam Machines (along with SteamOS and the Steam Controller) as a service update to Steam, porting the experience to a new room in the house. As we've been working on it, we've focused first on the customers who already love Steam and its games," he said. "They've told us they're tired of giving up all the stuff they love when they sit in the living room, so it seemed valuable to fix that."

Source 2 engine improvements: "The biggest improvements will be in increasing productivity of content creation. That focus is driven by the importance we see UGC having going forward. A professional developer at Valve will put up with a lot of pain that won't work if users themselves have to create content."

Newell took part in this Reddit AMA as a fundraising drive for Seattle Children's Hospital with the Heart of Racing effort.