06 March 2014 | By nickhorth
It felt like a missed opportunity when OnLive faded away back in 2012. There was the right technology and some clever ideas, but it's fair to say it never reached its potential. Technical issues and clashes between OnLive and other hugely successful online retailers like Steam meant that the concept of video game streaming never really entered the public consciousness as a serious option.

With an all new leadership team including IGN co-founder Rick Sanchez and video streaming expert Gary Lauder among others, OnLive is making a return to the industry, with a new service that seeks to avoid damaging competition with the heavyweights of online retail by re-thinking how its service will work. 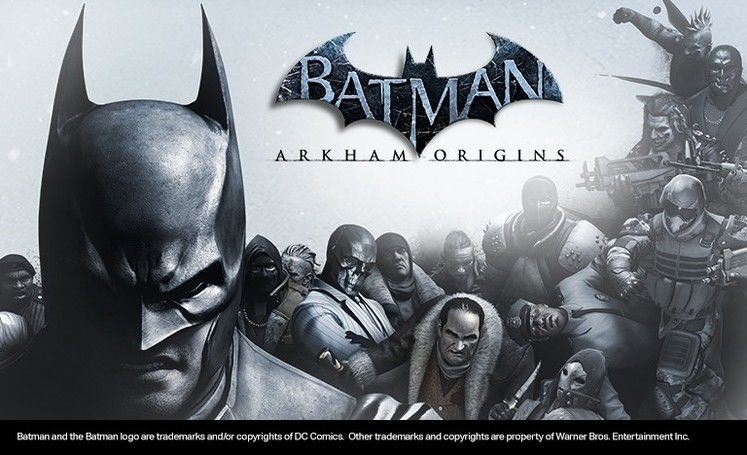 OnLive UK's General Manager Bruce Grove explains the difficulties the initial launch of the service had. "As a publisher, whether self-publishing a major publisher, you'd be thinking 'Well hold on a second, I'm selling a game over here, and you're selling another version, and I'm having to effectively market two games against each other. That's cannibalising myself, so why would I do that?"

"So really we weren't in a position to partner, we were making everything difficult. We had channel conflicts everywhere. Retailers weren’t interested because we were really going up against retailers, we were trying to become a platform against all these other platforms. We were also dealing with being first to market, all the education of what cloud streaming actually is, all the rocks and arrows that were flung in our direction. So we went away and had a long hard think about things."

The result? Instead of competing, OnLive's new CloudLift service will work alongside big hitters like Steam, supplementing users game libraries by allowing them to play their titles via stream on a huge range of different devices, from laptops to mobiles and Macs. In the case of demanding PC games with restrictively high specifications, it's also a chance for gamers to taste the high-end of gaming without splashing out on a monstrous gaming system.

"If you have any of these games in a Steam account, they will magically appear in your CouldLift account," explains Grove. "Hit play and you can start from the last save point you made." Which is another major boon; OnLive are utilising cloud save functionality to ensure that if you decide to play a game from your PC library on another device, all those saves will function across platforms. Time to start wasting your lunch breaks on mining asteroids in EVE Online then. 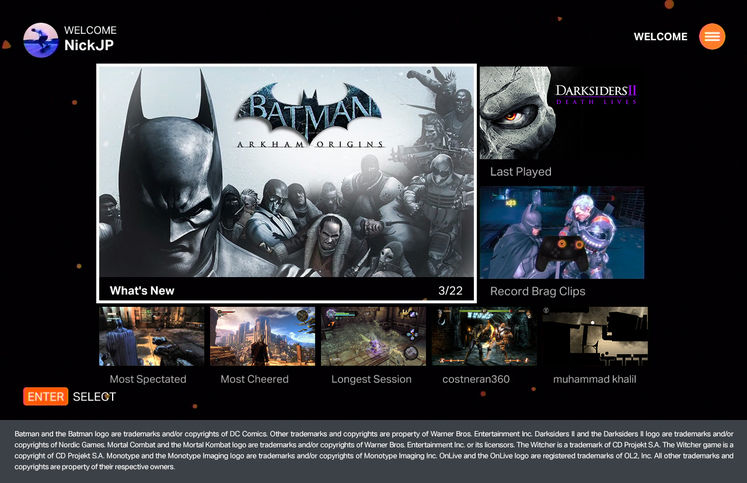 The subscription model currently gives access to around 250 games, a number that will increase further over time. Current titles include Batman: Arkham Origins, Metro 2033 and Saints Row IV amongst others. Think of it like a Netflix pass, where titles are continuously added to the library.

The £9.99 per month price point doesn't give you those games outright, but it unlocks them for play over OnLive's streaming service if you already own them on another platform. Which might initially sound like a steep deal, but gets better when you consider that for a relatively small fee you can play the latest titles at full resolution and graphical integrity, even if your PC is a fairly modest setup. The fact that there are no minimum contract terms, so you can cancel any time, is also a smart move. For a monthly fee that could be dipped into now and then when a particular title is released that you really want to play, it's a model that makes sense.

Clearly the entire basis for the service relies on users having a reliable internet connection. Grove is keen to point out that the infrastructure in place this time around is far better, and gamers should expect the service to take full advantage of those high-speed fibreoptic cables that many areas of Europe and America enjoy. If you're unlucky enough to live in an area with poor internet service (and there are plenty of those), well, there's little that OnLive can really do about the greater issues of reliability and availability. "Not everyone can get it," admits Grove "but not everyone can get iPlayer or Netflix. We are tracking the deployment of new more powerful broadband, and if we look at the maps of where this is rolling out, we see our audience grows with it. As you get faster internet, you get more opportunities to do more with it, and OnLive is one of those things."

OnLive has added thousands of new servers using the latest available technology, opening data centres in Chicago and Seattle, and increasing the quality of existing data centres in Virginia, San Francisco, Dallas and Luxembourg. OnLive’s servers have also had a full GPUs and CPU overhaul. Grove hopes that more servers and data centres will be created as the service gains momentum. 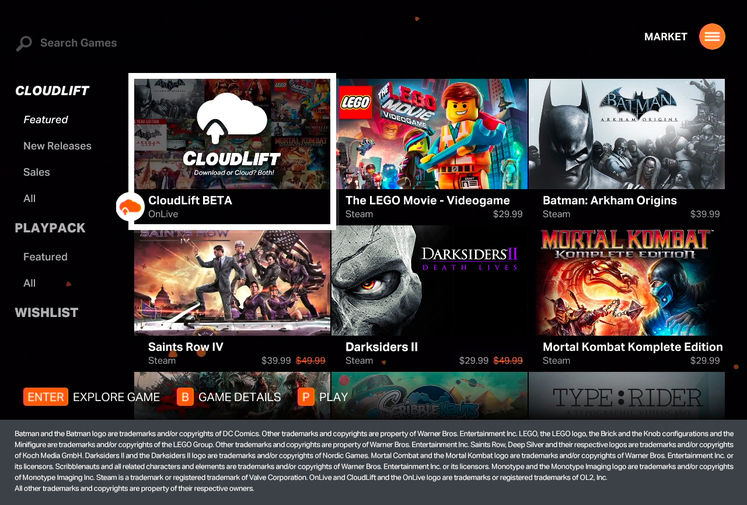 Currently the CloudLift service is starting with Steam, but Olive are keen to ultimately work with other platforms. "We going to look at other platforms as well, we're starting with Steam, but we're pushing forward with other platforms," says Grove. "What we want is users to look at this and no longer have to make that big commitment, they can try it and then decide if it works for them." Hence the move towards CloudLift being an application rather than offering a retail service in its own right. Decide you don't want to renew your subscription? You still own all your games, they were yours already.

It's a bold change in direction for a company that initially struggled to harness what was an intriguing concept. With an impressive roster of business and industry figures behind it and some intelligent decisions being made, OnLive might yet bring game streaming into the mainstream. The open beta version of the Cloudlift service was released today, and is now available on the official OnLive website.