06 November 2014 | By Nick Horth
Of all the many colourful characters in Tolkein's fiction, The Hobbit's Beorn is probably one of the ones you'd least want to annoy. Because he could turn into a bear and eat your head.

Yeah, you might have forgotten it, but LOTRO is still chugging away. It's actually one of the more popular second-tier MMOs out there, largely due to a steady stream of content like this. Beornings have skills for both their human and bear forms, and build up a resource called Wrath to power their most destructive skills.

Check out the video above, courtesy of Youtuber PvMPAndang, for a quick look at Beorning character creation. Skin-changer characters will start in the new Vales of Anduin area, and can be customised to fulfill tank, damage, or support roles. You can change into a bear, for god's sake. What more do you want?

Update 15: Gondor Aflame also adds a bunch of new content, including new zones, an epic battle at Pelargir, the next chapter in the game's evolving Epic Story and a bunch of other fixes and changes. Check out the full patch notes here.

Related Games:
The Lord of the Rings Online 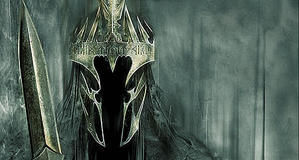