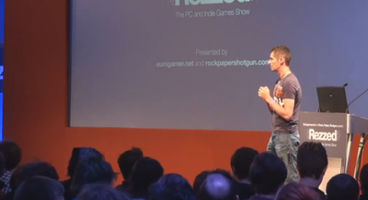 In late March fans of DayZ can expect "something really special" from its creator Dean Hall who is currently at Bohemia Interactive leading the standalone development of the Arma II zombie survival mod.

He'll be attending a session at EGX Rezzed at The NEC Birmingham, which welcomes 25,000 gamers. The DayZ creator is a regular attendant to game events.

"I think I’ll put something really special on for the DayZ session," said Dean Hall teased. Despite being in a heavily bugged alpha state, standalone DayZ has achieved over 800k sales.