The Wolf Among Us season finale coming July 8

07 July 2014 | By Nick Horth
It's that time again - a Telltale Games' series is winding up with a final episode, and judging by their previous effort we can expect a big finish.

The Wolf Among Us Episode 5, titled Cry Wolf, will be released on July 8, by the look of this accompanying (spoiler-filled obviously, if you've yet to finish the previous episodes)trailer it seems like our hero Bigby is inching ever closer to both uncovering the mystery and losing his humanity forever. Going 'full wolf', in other words. That'll end well.

Despite delays and some slightly odd pacing, Telltale's adaptation of Bill Willingham's rich Fables universe has been a solid follow-up to the first series of The Walking Dead. And there are still some mysteries left to uncover. Here's the official blurb for the grand finale:

"Following a bloody trail of murder and corruption, Bigby Wolf confronts a powerful enemy: a dark force that has been feeding on the desperation of Fabletown's seedy underbelly. But when hidden truths are revealed, you must decide exactly what justice means in the gripping season finale of 'The Wolf Among Us.'"

Should be plenty of blood, punching, drinking, swearing and fairy-tale villains being absolute dicks. As always, the full season pass is available for $24.99, or you can grab Episode 5: Cry Wolf on its own for $4.99. 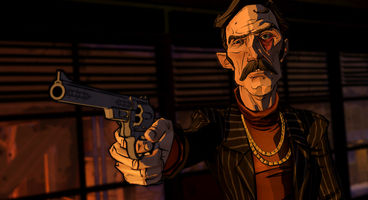 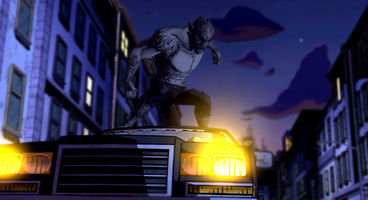