Emergency 5 coming this October, will be playable at Gamescom

It's also coming to Gamescom this month, and attendees can head on over to the Deep Silver booth to try it out. Remember, in this one the aim is to stop people dying.

Emergency 5 takes place in Germany, specifically in the cities of Berlin, Hamburg and Munich. Cologne is only available with the Deluxe edition. As in previous entries, you'll command a variety of ground and air vehicles from the emergency services, dealing with emergencies as diverse as "a big fire at Cologne Cathedral, a brawl on Hamburg’s famous Reeperbahn or an avalanche in the Bavarian Alps."

This year there's a co-op mode with its own special four-player challenges. What from those will take isn't clear. Dinosaur rampage? Alien invasion? Emergency 5 also has a new engine and an updated control scheme.

No word on pricing yet, but look for the Standard and Deluxe edition of Emergency 5 this October on PC. Here's the full list of features revealed so far:

- 3 accurately detailed maps of Berlin, Hamburg and Munich. The Deluxe version features a fourth map with the city of Cologne.

- More than 20 ground and air vehicles of police, fire, rescue and technical action forces are ready for their assignment.

- In Multiplayer mode, up to 4 players can join their forces on free-play maps with special multiplayer events.

- A newly developed engine delivers the best EMERGENCY graphics of all time.

- With its completely upgraded control system, EMERGENCY 5 is intuitive for all players. Interactive tutorials ensure that even new players can pick up and play.

- In the powerful editor, up to 2 players can create their own maps and even work together on the same project. 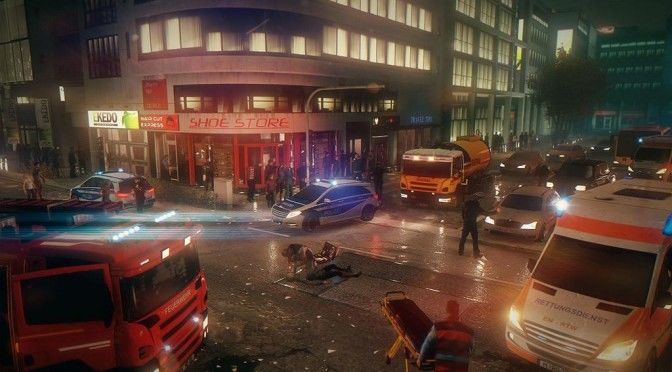