09 April 2014 | By Nick Horth
An interesting and little-known fact: there are now more free-to-play MMOs than there are particles in the universe. One of these countless billions is Villagers & Heroes, which has just got a new trailer for its upcoming expansion, Fury of the Stone Lord.

To be fair Villager & Heroes actually has some interesting ideas, featuring player-created towns, various non-combat professions and skills, and sandbox-style crafting. It's basically more concerned with giving players the chance to build and create things in their own, personally constructed village than it is in massive PvP brawls or end-game raiding.

New expansion Fury of the Stone Lord introduces bad guy Lord Pyrrus and his gargoyle army, and has players infiltrating his sanctum and murdering all his friends (minions). Here's the list of new features as listed by developers Mad Otter Games.

The game's currently available through the official site, but it's also coming to Steam on 17 April. 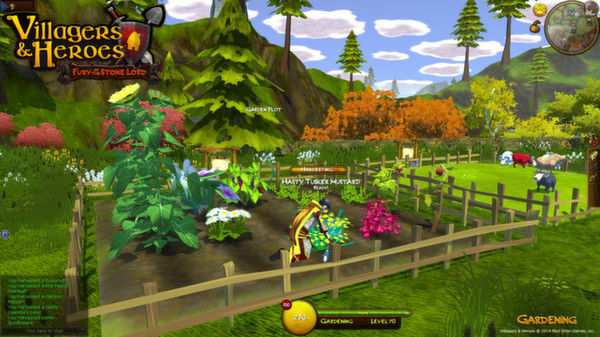