09 June 2014 | By Nick Horth
Deadbreed (the studio) has announced that Deadbreed (the game) is coming to Steam Early Access this month; on June 18 to be exact.

The horror-themed arena game adds RPG elements and extensive hero customization to the familiar systems and mechanics of the MOBA genre.

writes Stefan Ljungqvist, Creative Director at Deadbreed (the studio) in a recent press release, "but it has truly been amazing to be part of a small team able to take a game of this ambition this far. The Beta is already a great representation of the game and we are thrilled to have people join via Early Access on Steam and play, engage with us and give feedback as we continue towards the full release.”

You can sign up for the Deadbreed (the game) closed beta on the official website. Presumably signing up offers the chance to be in on the closed beta, while buying an Early Access key ensures that you will. Anyway, here's what you'll net if you buy the Early Access version.

5 Gold Keys that each will give you access to a locked object for 1 Week.

Weekly gain of Keys that each will give you access to locked objects.

200 Silver Coins to get you started on whatever you like: new Heroes, Artifacts, Totems, Sentinels or Insignia – the choice is yours. 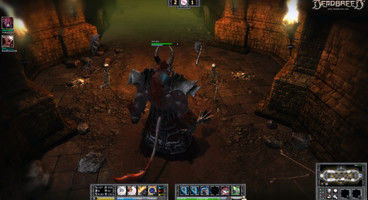 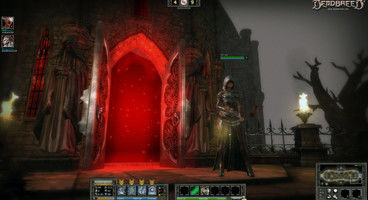