10 March 2014 | By Simon Priest
Simultaneous-turn-based tactical creation Frozen Endzone from developer Mode 7 is now imminently due on Steam Early Access, having entered beta in December 2013. This is its first major update.

The commentary system is now also in alpha with general in-game audio accompanying the music. The estimated full release of Frozen Endzone is late 2014. 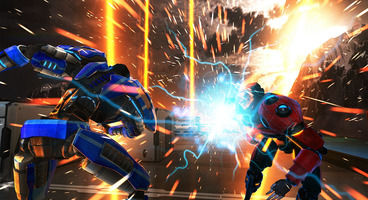 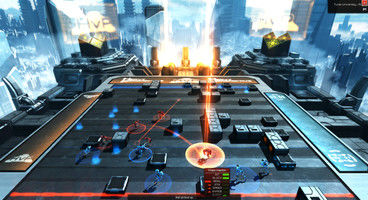 "I am so excited about this release I just had to quote myself saying how I excited I am!" said Mode 7's Paul Taylor. The studio's next main focus is a full single-player campaign in a simulated league. That means building whole teams, interacting with rival coaches, tracking player behaviour and other team management related guff.

▪ Players can now have stats: strength, resilience, “burst” (a small burst of acceleration when getting the ball), evade, intercept radius, block radius

▪ Team Editor allows you to name your players and set their stats; upload your team to the server and use it in multiplayer or skirmish with it offline

▪ Completely revamped, much more intelligent AI and a selection of new AI skirmishes

▪ Some brand new animations and some big improvements to camera code

▪ There is now in-game audio to go with the music!