The Book of Unwritten Tales 2 announced by Nordic, Kickstarter begins

11 February 2014 | By Simon Priest
Developer KING Art Games announces comedy adventure The Book of Unwritten Tales 2, which will begin releasing next year at the beginning of 2015. Nordic Games has funded the sequel.

However, KING Art would like a lot more; "more epic, more shiny" and more input from the community. It's for this reason they've taken to Kickstarter with big stretch goal plans.

The studio is asking for $65k to achieve success, but if fans of The Book of Unwritten Tales want more then there are goals for side quests, outfits, blogs, orchestra, and more. 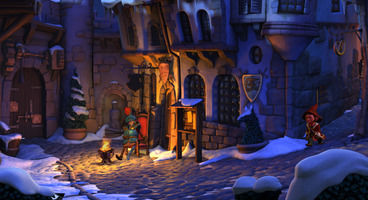 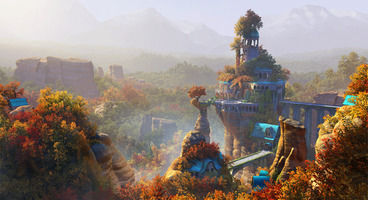 Should the community flood the Kickstarter with cash and get to $235k then a Director's Cut will be developed, promising more animations, facial expressions and a lot more camera angle range. KING Art has compiled a features list they believe is essential for The Book of Unwritten Tales 2:

▪ Hundreds of weird, yet oddly logical puzzles and our well-proven "Multi-Character-Gameplay"

▪ An ensemble of quirky characters, both well-established and hot off the drawing board

▪ An epic soundtrack with many new compositions

Check out KING Art's Kickstarter campaign for more. The adventure is already funded by Nordic Games but all the extra fancy stuff that the team would love to throw in needs community support.