11 September 2014 | By Nick Horth
Publisher Team17 has announced that indie studio Italic Pig's fantastically titled platformer SchrÃ¶dinger’s Cat and the Raiders of the Lost Quark will be available on Steam this September 23.

The developers describe it as a "part combat-platformer, part logic-puzzler, part open-world explorer, part character-driven adventure", which is so much information in one sentence that my cerebral cortex has just collapsed.

All the particles have escaped from The Particle Zoo and are currently causing chaos all over the place. There's only one person (cat) to call in such a situation - SchrÃ¶dinger’s Cat. Our feline hero can combine quarks in order to gain the various special abilities he'll need to solve 30 levels of science-themed platforming.

"Reach new heights with the copter, blast your way through with the bomb and craft a handy net to capture those pesky escapees!", say Italic Pig.

The developers are also bringing a playable version of SchrÃ¶dinger’s Cat and the Raiders of the Lost Quark to the Rezzed area of EGX London later this month, if you're planning on attending. 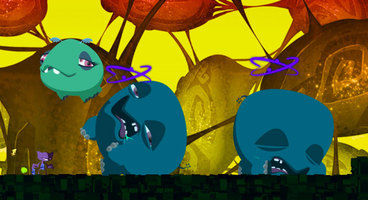 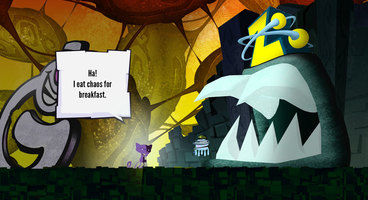