Epoch: Return now on Kickstarter, explore alien world for salvage to get home 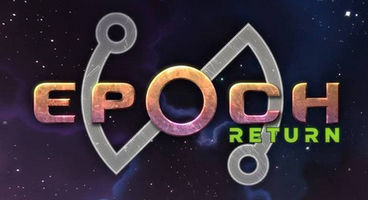 Indie studio Innate Games is made up of former BioWare developers, and they've taken to Kickstarter with their Epoch: Return project. It's about a man and wife stranded on a planet now salvaging to get home.

It's first-person with "terrain traversal" a big focus of the game as we "leap, slide, and slope-run" across this alien world. Epoch needs $150,000 to succeed its campaign.

It seems we were suckered into charting course for a planet thought to be teeming with riches, but turns out to be a scarred dud that we're no stranded on.

"Luckily, it looks like you aren't the first suckers to get drawn in by matter scans that promised the kind of riches that you can retire on. During the crash, your wife picked up readings from dozens of other wrecked ships. Your gear survived the crash, and now you must suit up and find those crash sites to salvage parts and fuel," blurbs Innate Games.

"You're the expert in all things para-matter, so maybe along the way you can find enough viable deposits to make this trip profitable, though you'd settle for just figuring out what's going on with this world. Something about it is just...off."

We can expect an "enormous alien world" to explore and to uncover its secrets with a "vivid and impactful visual design" that's inspired by classic animation to pique our curiosity and intrigue. It's already got vibes of Halo and the original Mass Effect's MAKO exploration, which is unsurprising given the teams previous accomplishments.

Check out the Epoch: Return Kickstarter campaign for more.