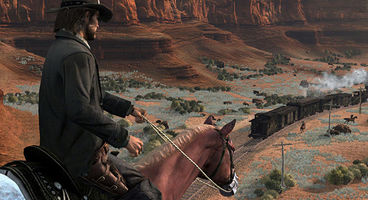 Odd how users would be voting on compatibility when unreleased, but odder still is the fact Microsoft has it listed at all. Take-Two want Red Dead a major franchise.

Red Dead Redemption released back in May 2010 and it was thought a PC release would materialise a year later, following in the footsteps of Rockstar's Grand Theft Auto.

"You'll find information on thousands of apps and devices for both home users and businesses. We frequently add products to the Compatibility Centre, so check back if you don't see a product listed. Alternatively, you can submit Feedback and fill out a quick form to suggest that we add a product. Although we cannot respond directly to suggestions, we review all of them to continually update our information," reads the Windows Compatibility Center website.

"And it's been our goal not just to preserve and grow the Grand Theft Auto franchise, but also to build other franchises that we think can be permanent, whether that's the Red Dead franchise or the Borderlands franchise or the BioShock franchise or others, Civilization for example," said Take-Two's CEO Strauss Zelnick in 2013.

Could John Marston finally gun-sling with keyboard and mouse? Rockstar Games is believed to be working on a PC version of Grand Theft Auto V with a likely release later in the year, which would be coupled with GTA Online.