12 September 2014 | By Nick Horth
Techland created the first Dead Island, a sun-soaked zombie action-adventure that wasn't all that brilliant but did very well commercially. So why aren't they involved with the sequel?

In an interview with Eurogamer, Techland game designer Maciej Binkowski shed some light on the situation. "Right from the start, the IP was theirs," he explained, referring to publisher Deep Silver. "At that point we weren't really in a position to negotiate, so that was the best deal we could get."

As a relatively small studio, the Polish team had to negotiate and ultimately compromise. "It's like playing poker," Binkowski continued, "you have to make a decision with the information you have now. If you play the game thinking that something might happen, you're going to lose the game. At that point, that was the best decision we could do." 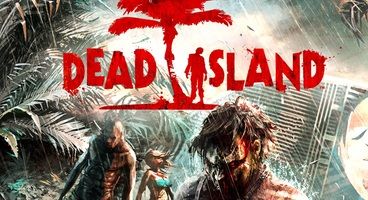 Techland did manage to create another Dead Island game, Riptide, but now the property has been handed over to Spec Ops developer Yager. What's the deal?

"Well, you know, we (Techland and Deep Silver) had our ups and downs,"

"They had a lot of ideas about how they wanted to run the franchise,"

he continued. "Even with Dead Island there were a lot of moments where we would disagree on the creative vision of the project, so this might have been one of the factors."

Binkowski was unwilling to elaborate too much on the tensions between developer and publisher , but it sounds like the two companies had very different ideas about which direction the franchise should take. In any case, Techland is now working on its very own project, the parkour-happy open world zombie game Dying Light. Now the studio's task is to keep casual players informed about what the team behind Dead Island is really up to.

"We're trying to keep our communication clear that this is the team behind Dead Island and we're creating this thing now. There was a lot of miscommunication, misconception, misunderstandings. They're like 'this is Techland's new game, right?' (referring to Dead Island 2), and we're like, 'No.' "

Dying Light got an official January 27 release date on PC and consoles earlier this week.