Paul Porter, the managing director of Sumo Digital, has suggested how the development of Dead Island 2 is coming along, and things might finally be looking up for the infamous zombie masher.

Techland has quickly reversed on those comments we reported on yesterday, about the possibility of the studio returning to the Dead Island series.

Producer Tymon Smektala has qualified his original statement, clarifying that he meant he personally would like to return to the series that made the Polish studio's name, and he was not speaking on the team's behalf.

You might think that Techland would be well shot of the troubled Dead Island franchise, given that they had such a big hit with Dying Light, but now that Dead Island 2 is no longer being handled by Yager, it seems they wouldn't rule out a return.

"I personally would love to go back to Dead Island because I really love that game," producer Tymon Smektala told Videogamer. "I don't know if there is a developer (currently working on Dead Island 2) at all." 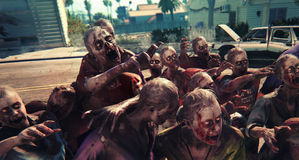