13 January 2014 | By Nick Horth
Torquay based independent developers Curiosity Studios today announced their upcoming psychological adventure game FOG: The Story of Jacques Matthews. It's coming to PC and Mac in 2014.

The game tells the story of shipwrecked fisherman Jacques Matthews, who finds himself lost on a fog-shrouded island with a mysterious girl who claims to be able to help him escape. There's some more of that endlessly popular procedural generation, and the promise of a deep storytelling experience. 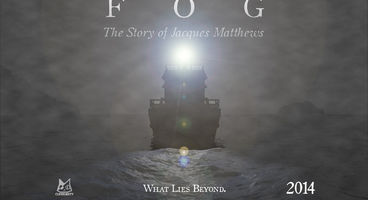 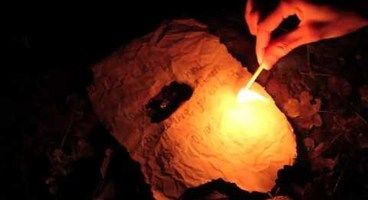 Here's the list of features as described by Curiosity.

- FOG. FOG Always Changes: With the FOG system every play through is a unique experience, with randomly generated game structure, level placement, visuals, audio, story related events and no loading screens between levels.

- Follow the Light: FOG?s unique art style and use of lighting creates an eerie but gorgeous world that jumps off the screen whilst also aiding the player through the game.

- Immersive Puzzles: Delve deep into the belly of the island through immersive and engaging puzzles that test your reactions, speed, brains and mentality.

- Story Time: Witness a deep psychological story filled with atmospheric locations, intricate characters and mysterious unknowns, all with their own secrets, events and plots waiting to be uncovered.

- By the Gamers, for the Gamers: Developed alongside the GCPP (Gaming Community Portfolio Project), a project aiming to help fellow gamers build a portfolio and achieve their dreams of a job in the games industry.

Curiosity also released the following teaser trailer. You can find more on the game's website.