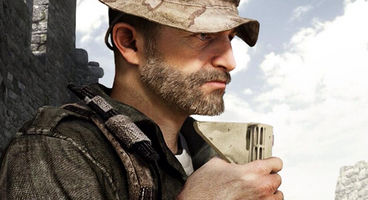 Something warfare related and modern is going on with Infinity Ward as they tweeted a teasing picture of Call of Duty notable, Captain Price. "Brace yourselves. Price is coming," read the accompanying caption.

It's unclear what exactly it is referring to with regards to Price. Is this a tease for the next Modern Warfare, or some Ghosts DLC? Sledgehammer is now the third COD studio.

Activision has switched Call of Duty from a two-year dev cycle to a three-year, as Sledgehammer is added to the rota with previous experience co-developing Modern Warfare 3.

Perhaps he'll just make a cameo appearance as a multiplayer skin? Maybe, if the... price is right. Nail'd it.