13 August 2014 | By Nick Horth
Activision has already revealed the three Collector's Editions of Call of Duty: Advanced Warfare that will be available when the game launches this November, but now the company has also announced a special pre-order Day Zero Edition that will net customers twenty-four hours of early access.

It also comes with two unique custom weapons, the 'Advanced Arsenal'DLC and 24 hours of double-XP. The special edition is a free upgrade for anyone who per-purchases Advanced Warfare, rather than a separate product.

Those new weapons are the AK-12G assault rifle and the Crossbow-B2 energy weapon. The Advanced Arsenal contains a custom 'bullet brass' exoskeleton, and the Quantum EM1, another directed energy weapon. If you feel like all this sectioning off of gear and items might affect multiplayer... well, you're probably right. Such is the pre-order culture we live in these days. Oh well.

If your local retailer runs out of copies of the Day Zero Edition and you really need all that swag, don't fret. "If Day Zero Edition not is available at retailer, pre-order customer may receive a pre-order refund, or may purchase a launch unit and obtain a code to download all Day Zero Edition special content," claims Activision in a press release.

is set for release on PC and consoles this November 4. 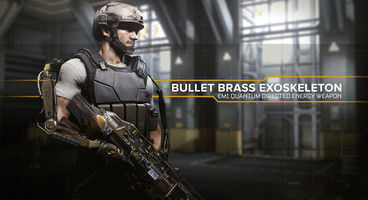 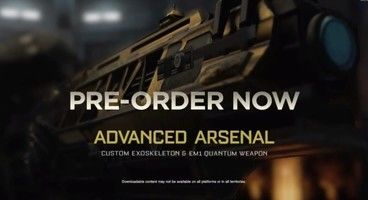