Chucklefish list upcoming changes to Starbound, permadeath on the way 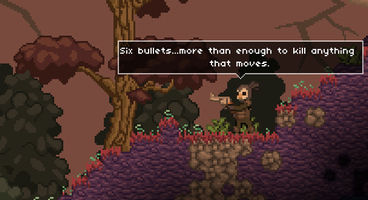 Starbound is a million strong despite just being in the Steam Early Access stage of its life, and developer Chucklefish has just detailed the changes due in the patch, like more decorative hats. "Yay, hats!"

Yes human guards now distinguish themselves by wearing uniforms, as apparently their dress code had been rather lax until now. These changes will wipe worlds.

The reason for the total character wipes, which include ships and planets, is because of the extensive work they've done to address save issues with Starbound, and they promise that "this patch contains a fix for save files so after this, you won’t need to worry about our patches destroying your characters or ships."

“The problem is that the organization of planets may change so if they go muck with a planet, how do we put it in the celestial map? Or if they build on a biome we remove, or something. So no promises, but we’ll try. But promises on the player / ship.”

Unlike Terraria, characters in Starbound aren't limited to just one world within a single game instance as you can traverse the stars in your spaceship - hence why they are so valued and wipes can be devastating.

Below are the latest patch notes for the upcoming release:

◦ .ds_store issue affecting OSX 9.1 users (A bug where Finder created an invisible file called .ds_store in the player folder which caused the game to crash).

◦ An issue that could prevent the launcher from starting (MSVCRT.dll)

◦ Several memory leaks, including the slow-but-significant server memory leak a lot of people were experiencing and GUI memory leak

◦ .abc files with comments no longer crash the game, plus various .abc fixes as far as key signatures/timing

◦ A number of issues with players spawning underground

◦ Right shift key was not working as a shift key, now it is

◦ An issue tech slots were unusable under certain conditions

◦ Wiring system fixes– wires are rendered below UI elements, wires no longer break when crossed into an unloaded sector

◦ Added a jeep mech that was supposed to have been in the last patch, but had mysteriously gone missing!

◦ Sped up the crafting window

◦ Fixed a sound issue that occurred after many concurrent weapon hits

◦ Characters no longer blink while sleeping in beds 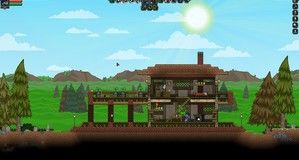