In Don't Starve Together, your deceased friends will turn into ghosts

14 July 2014 | By Nick Horth
Klei's survival game Don't Starve is shortly to get its own integrated multiplayer co-operative mode, Don't Starve Together.

Here's a trailer showing off the prototype version. Fittingly for such an amusingly dark game, dead players will turn into ghosts who can either float around irritating their former allies or resurrect by finding one of the unpleasant-sounding "meat effigies" scattered around the map.

You can't directly contribute to your chum's survival while in ghost form, but you can haunt lumps of charcoal and trees. Fair trade, in my opinion. You can also continue to chat with your still-living pals. The developers have also posted on the game's official forums, talking about their first thought after running through the co-op campaign for the first time.

Klei announced the multiplayer mode back in May, saying that it would have "most of (if not all) the normal features in Don’t Starve, balanced for multiplayer, and potentially even add new features". Like the game's last expansion, Reign of Giants, the team suggested there will be an early alpha version of the update before it heads to Early Access.

Don't Starve Together will be free to those who own the core game, but it will bump the price up to $19.99 for new customers. It's expected sometime this Summer. 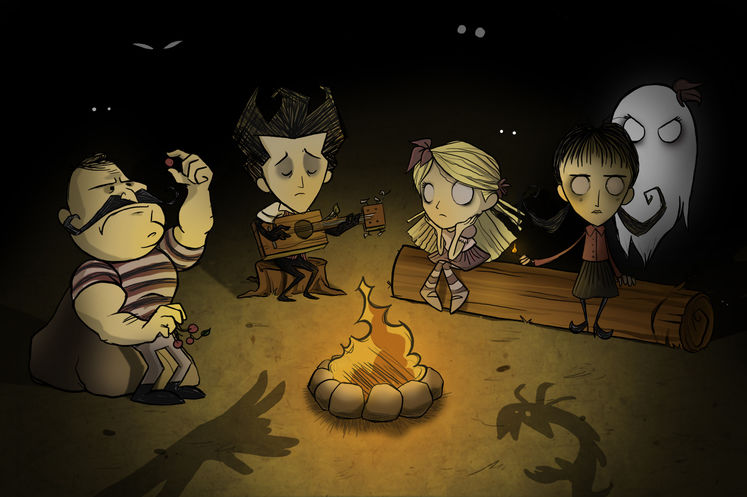