Pantheon: Rise of the Fallen 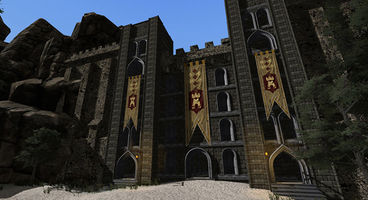 High fantasy MMO Pantheon: Rise of the Fallen will be slowing down in production as the initial crowd-funds "have depleted," and so the team is relying on securing more funds before it can pick up again.

There'll get "much-needed studio space" once funding has been found for Pantheon, and so until then the game will progress slowly and they'll focus attention on the website.

Backers have pledged enough for the MMO's development at this stage so that they could "put together an attractive package" for potential investors, they said.

"Over the first month of development through crowdfunding, we’ve been able to achieve what was needed to be done in order to gain investor interest. That is, we’ve shown there is interest in a game like Pantheon, we’ve built the term sheets and business plan, and now have a prototype we can show to potential investors," posted developer Visionary Realms.

"The downside now is that our initial resources have depleted, which regrettably means that development is going to slow down until finances can be secured. It’s not something we want to do by any means, but as we cannot guarantee paychecks to the team, they each need to be able to spend time on other things to pay the bills."

"Once we’re able to get that level of funding we can then secure much-needed studio space and be able to pick up the pace of production dramatically. We are deeply thankful to this community for getting Pantheon to this critical point, where we have been able to put together an attractive package to present to potential investors."

For now all donations to Pantheon: Rise of the Fallen will be going toward the website and not the game.

Pantheon: Rise of the Fallen had a Kickstarter campaign back in February, but it failed to secure the $800k.

Pantheon: Rise of the Fallen Essentials