16 April 2014 | By Nick Horth
You might think that there's not much reason for decent AI in a game that largely features grown men and women screaming at each other over the squad channel, but that doesn't mean that developers Riot Games are ignoring players who want decent, challenging bot AI. A new blog post on the League of Legends website discusses the challenge of attempting to simulate human behaviour.

"Bot matches make up a decent chunk of games," say Riot, "even among level 30 players. That’s a lot of hours spent with our robotic friends that we thought could be more engaging." Surveys conducted by the dev team revealed a desire for more “human” bots, that focus more on the same game elements that players do, such as last hitting and landing combos.

Imitating the actions a real player would take is a difficult task. "League of Legends was built to be played by humans, not bots, and that comes with some interesting problems. For example, the game doesn’t really know what a spell is going to do before it’s cast. When Morgana’s Soul Shackles is cast, a script begins to run that constantly checks if anyone has broken the leash. When the spell finishes, the script says “Hey, you! You’re stunned and take damage” to everyone who didn’t break the leash. Before Morgana ulted, the game didn’t actually know that Soul Shackles deals damage and stuns."

Riot are still working to solve these inherent problems, but they have made progress on the way the computer avoids skill shots from players, as well as in AI threat evaluation. "Our new systems try to deal with these scenarios by looking not only at health but also how many spells the bot and any nearby enemies have available. Overall, we’ve seen some clear improvements in bot threat evaluation."

"These changes, and a plethora of additional under the-hood changes, have created what we feel are more human-like bots," says the developer. "They’re certainly not Diamond-level (probably not even Silver) - but for now that’s not what we were trying to do. Our next steps are to look for ways to build on the new bots and better tailor a Co-op vs. AI experience for players’ first few games." 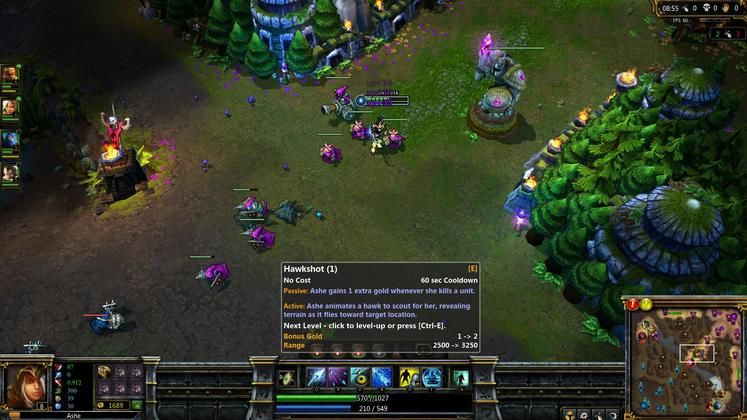