16 April 2014 | By Nick Horth
There's a huge new blog post on Obsidian's Pillars of Eternity website, examining the process of creating the fantasy RPG's musical score. You can even hear a selection of background music from one of the game's areas.

The update, written by Audio Director Justin Bell, covers the lengthy process of writing and producing a memorable fantasy score. "Making Pillars of Eternity feel like a modern day Infinity Engine game is important to us, and music plays a big role in achieving that goal," writes Bell. He goes on to outline his creative process, from inspiration to eventual composition. Below you can listen the product of his time and effort, a lovely four minute ambient score that will play as you explore the village of Dyrford.

Doesn't that make you feel nostalgic for Baldur's Gate and Icewind Dale? In fact, while those games are inspirations musically, Bell is slightly changing the way Pillars of Eternity's soundtrack plays.

"While we are following in the footsteps of the Infinity Engine soundtracks in terms of style and implementation," he says, "we have decided to tweak that formula a bit. Most of the in-game tracks for the Baldur’s Gate and Icewind Dale games are between 1-2 minutes in length, and in some cases those tracks loop immediately. There are some inherent risks and benefits to looping a short piece of music immediately."

You can read the full post here. It's definitely worth a look. 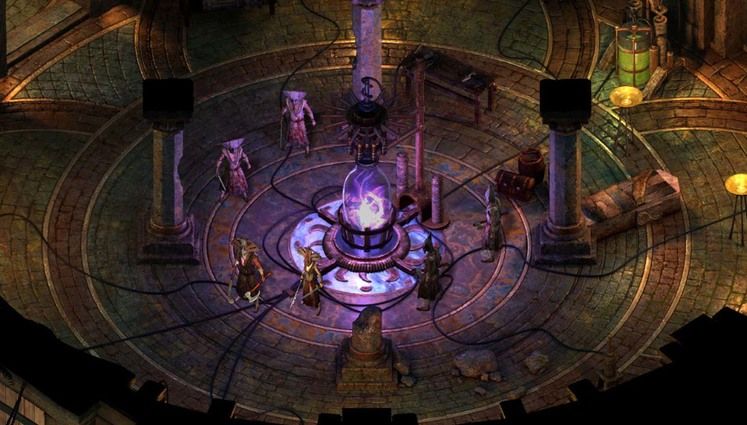