16 September 2014 | By Nick Horth
Sledgehammer Games continues to dish the goods on Call of Duty: Advanced Warfare's multiplayer modes, with the develop revealing a new 'Momentum' mode to IGN yesterday.

In a gameplay video multiplayer lead designer Greg Reisdorf explains the Momentum is intended to recreate Call of Duty: World at War’s ’˜War’ mode, with a series of capture points set out in a straight line for each team to battle over.

If you're at all familiar with COD multiplayer, think Domination crossed with a tug-of-war match. As Reisdorf explains, momentum (key's in the name) is the key here - the team that manages to set up a solid, aggressive rush forward is probably going to win. The map's being played on Retreat, a new map set in a swanky mountaintop complex. Lots of vertical levels to hop between with your trusty Exo suit jetpack.

is out this November 4 on PC and consoles. 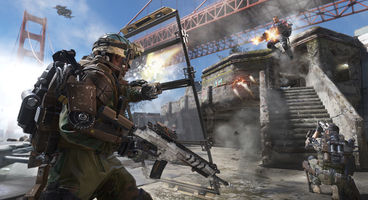 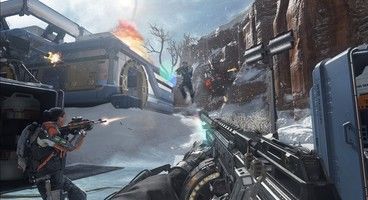