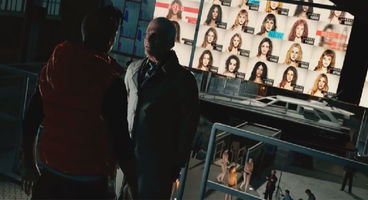 Jonathan Morin of Ubisoft has said the "average player which does free roam a bit" will likely find themselves investing 35 to 40 hours before reaching the end, but those "doing everything" will be closer to 100 hours.

New content has also been added following its delay from last year, which has led to Australia reclassifying it from MA15+ to R18+. Watch Dogs deals with human trafficking.

The announcement of a delay to Watch Dogs came as a shock to many, even to Ubisoft insiders, and has finally been nailed down with a late May release schedule.

@vytla102 I would say the average player which does free roam a bit tend to reach the end within 35-40h. But doing everything is close 100h.

It hasn't all been about tuning and polishing what was already there though as Ubisoft revealed it had given them time to add new content. "The entire development team has been working hard to polish and fine tune Watch Dogs in order to deliver a truly memorable open world game," Ubisoft stated.

"In parallel, the extra time also allowed the team to include a bit of additional content. As per Australian classification guidelines, Ubisoft resubmitted the updated version with the added content to the Australian Classification Board. The decision to amend the rating of the game from MA15+ to R18+ was made by the ACB," they continued.

The R18+ rating was applied because of "references to sexual violence that cannot be accommodated in the MA15+ classification category," and refers to a particular scene where a young Romanian immigrant is abused.