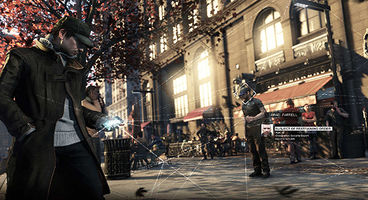 Ubisoft is stoked with the high numbers of pre-orders for Watch Dogs, their brand new IP that nearly stole the show for Ubisoft's E3 2012 presentation with its flirtation with cyberpunk themes in near-future Chicago.

Ubisoft's Wayne Greenwell says they expect Watch Dogs to be as big as FIFA or Call of Duty, with the open world action game believed to be one of 2014's best sellers.

The publisher is eager for it to become their next Assassin's Creed in terms of brand size, and truly believe it'll be one of the "best selling new IPs in recent memory".

For all the delays fans have had to endure we all hope Watch Dogs can live up to its hype. It seems sales for the game are at least matching the general enthusiasm for it, according to Greenwell.

"Excitement for the product remains incredibly high and gamers are desperate to finally get their hands on the title,” he said. “This is reflected in our pre-orders which are hugely promising for a new IP and highlights the enthusiasm that has surrounded the product since it was first unveiled to the world."

“With Watch Dogs, Ubisoft is building a new blockbuster brand to stand alongside other top tier triple-A titles and we expect it to be not only one of the best selling new IPs in recent memory, but also one of the best selling titles throughout 2014.” At launch Ubisoft will be enlisting top YouTube personalities for Twitch live-streaming.

Watch Dogs releases on PC, Xbox 360, PS3, Xbox One and PS4 May 27th. Recently Ubisoft released a PC tech trailer showcasing the Nvidia technologies they've been working into the desktop version, usch as TXAA and HBAO+.