17 June 2014 | By Michael_Westgarth
When asked of the most influential nations in the videogame industry, most gamers are unlikely to think of Indonesia. But Tinker Games is one of many rising stars in the Southeast Asian indie dev scene. With the help of Kickstarter, Tinker Games hopes to put Indonesia on the industry map with its 2D action sidescroller, Pale Blue.

Two-dimensional platforming games are no stranger to Kickstarter, and in the past we've highlighted several retro-inspired projects that have gone on to reach their funding goals. But Pale Blue offers an interesting alternative to such vibrant, pixelated retro throwbacks, instead telling a darker story through sinister characters and hand drawn, Southeast Asian style animation. 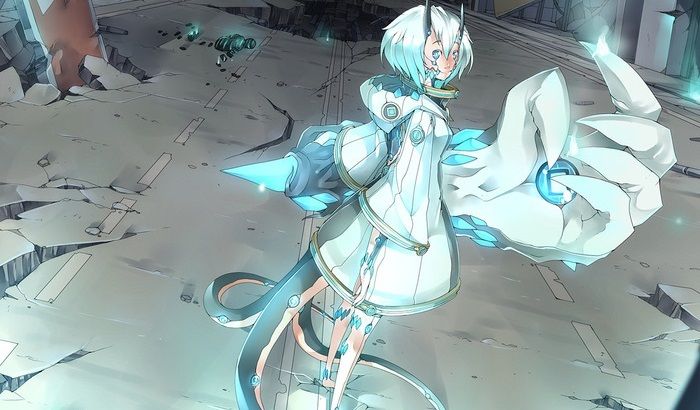 Pale Blue puts players in control of Ellen, a monstrous mutant human born from experiments on a young girl. These horrific experiments were carried out by an evil organization named Cocoon who wishes to unleash its various mutant soldiers, wipe out humanity and rebuild the world according to its own, utopian vision. However, when the opportunity to escape Cocoon's control presents itself, Ellen decides to stay.

According to Pale Blue's Kickstarter page, Tinker Games' inspiration for the game came from the likes of Power Rangers, Ultraman, Kamen Rider and other Japanese “Tokusatsu” programmes in which enemy forces always reappear despite being continuously beaten by their heroic counterparts. What drives these “baddies” to always come back for more? How are they so easily able to overcome the loss of their comrades? How can they remain so passionate about a cause that'll never be realised? These are the questions Tinker Games hopes to pose and answer in Pale Blue.

Although anti-heroes are common lead characters in videogames, true villains are not. Even so, when players are given the opportunity to be evil, it is usually accompanied by an air of comedy, as is the case with Dungeon Keeper and Overlord. So how will Pale Blue give players the feeling that what the game asks them to do is intrinsically wrong?

“Honestly, it might be quite hard to do if we just relied on destroying things,”

Tinker Games told me. “Since most games endorse that kind of play even as 'the good guy'. We are trying to deliver the feeling by reversing the familiar 'superhero scenario' and making Ellen and her siblings do something that a hero would never do, such as eating people, or even devouring the superheroes. And by showing them the twisted moral and logic of Ellen – because even though we may think that her actions are 'evil' – Ellen may think that it is something natural, that nothing's wrong with it.”

Just as Ellen is the embodiment of Tokusatsu villains, she is also opposed by the genre's heroes. Pale Blue's colour coded “Aurora Rangers” are an instantly recognisable pastiche of the various Power Rangers iterations, and “Alpha Man” is Tinker Games' version of the archetypical “Superman” hero. It's these do-gooders that players will have to defeat, but precisely how they'll defeat them is, at this point in time, unclear.

“We have to admit that the current video shows less information on the gameplay,” Tinker Games told me when quizzed about the lack of game footage on Pale Blue's Kickstarter page. “But in the next two-to-three days we're going to launch a playable demo so that you may check it yourself – although it still doesn't represent the final work as we're keep refining it daily.”

The demo in question was made available on June 8th via Kickstarter. It includes a tutorial which teaches the basics of movement and combat, but lacks the RPG-like upgrade tree, the scored and ranked battles, and Ellen's ability to transform into grotesque monsters described on Kickstarter. Yet despite some loose controls, the demo's gameplay is fast, fluid and fun. Even so, there's not enough content for me to pass judgement, leaving me to ask Tinker Games for more information.

"Most of the stages will emphasise on destructive combat and platforming," came Tinker Game's elaboration. “Combat is quite complex since it involves various combos and special attacks which can be upgraded and unlocked as the game progresses. And the stages will challenge players with various objectives and mechanics from a simple platforming to complex stealth puzzles. There'll be a scoring system that is affected by several factors such as time taken to complete each objective, total objects destroyed, amount of civilians killed, etc.”

Pale Blue is clearly at a very, very early stage of development, but one can't help but be entranced by the released concept art and the game's art direction in general. It's somewhat reminiscent of the popular magna/ anime style of Japan, but with a subtle twist that's difficult to define. Perhaps that's the “Indonesian” shining through? It's nonetheless appealing. But what if that appeal enables Tinker Games to secure the funding it needs to develop Pale Blue? What would that say about the global appeal of Indonesian videogames in general?

“We believe that the climate is definitely changing,” said Tinker Games when asked of the growth of their nation's videogame industry. “Not only Indonesia, but Asia in general is growing rapidly

The “AFTA rules” Tinker Games refers to is the ASEAN Free Trade Area (AFTA) trade agreement made between several Southeast Asian nations in the early nineties and amended several times since. One such amendment, due to come into effect in 2015, will result in the “total elimination of import duties on all products” - a welcomed boost to Southeast Asian videogame producer earnings. 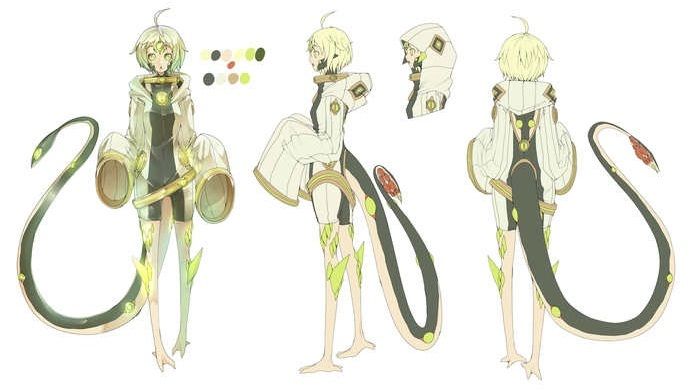 The future's looking bright for Indonesian videogame developers. Based off the success of its previously released mobile games, Tinker Games will undoubtedly be part of that future. But with a week left to secure over $10,000, the success of the Pale Blue Kickstarter campaign remains to be seen.

More information on Pale Blue can be found on the game's Kickstarter page and on Tinker Games' official website.