You can play a dwarven card game in The Witcher 3

18 August 2014 | By Nick Horth
You might spend most of your time in The Witcher 3 slaying monsters and trying to get off with absolutely everyone in a five-mile radius, but if you get bored with that you can try your hand at cards.

Specifically 'Gwent', a "fast-paced card game" invented by dwarves that's very much the Magic: The Gathering of The Witcher's world.

"The game is about the clash of two armies locked in mortal struggle on a battlefield where the players are the leaders and the cards their forces," explains Witcher 3 developer CD Projekt Red. "With four different factions offering unique combat styles and endless paths to victory, Gwent is every adventurer’s first choice when it comes to one-on-one card-based dueling."

It sounds complex enough that it could almost be its own game, but everyone who owns a copy of The Witcher 3 will find it included for free. This brings back... frustrating memories of 'Triple Triad' in Final Fantasy VIII. Hopefully 'Gwent' will be a little less irritating. Here's the lowdown:

- 4 distinct factions: the mighty and cunning Nilfgaardian Empire, the brave Northern Realms and their siege weapons, the agile and devious Scoia’tael, and the brutal monsters of No Man’s Land.

- Powerful spells allow players to control the weather and affect units on the battlefield. 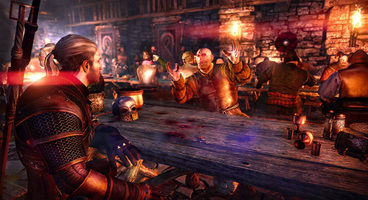 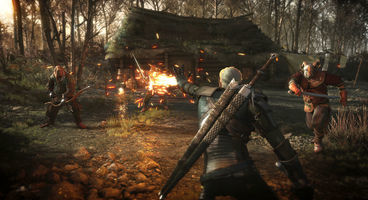