19 November 2014 | By Nick Horth
Battlefield 4: Final Stand launched yesterday, for Premium customers at least, and EA Dice has also issued the shooter with a major new patch that's designed to both fix outstanding issues and smooth the DLC's launch process.

Amongst the major changes are tweaks to the hit indicator, weapon balance changes and improvements to the animations of various weapons while sprinting and reloading.

The rest of the list is pretty damned extensive, so I won't bother writing it down here. For the full patch notes you can hop on over to the Battlelog. There's also a list of platform-specific changes in there.

Battlefield 4: Final Stand is available now for Battlefield Premium members, and drops for everyone else on December 2. 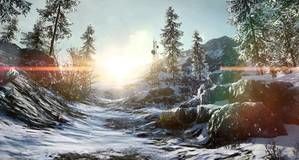