CD Projekt RED "treating all gamers equally" with The Witcher 3, 'no exclusives' 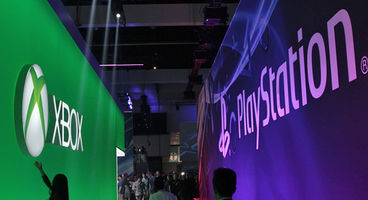 Polish developer CD Projekt RED hopes to be on stage at E3 2014, but who's stage will they be standing on to showcase The Witcher 3: Wild Hunt? Microsoft offered the spotlight to the RPG series at E3 2013.

Whoever they stand with, co-founder Marcin Iwinski assures fans they will "not deliver exclusive content to any of the platforms," nor will they artificially delay releases.

No exclusive content or a timed release will happen early next year when the RPG series achieves its trilogy. Iwinski also teased something about 'online connectivity'.

"We are treating all gamers equally," CD Projekt RED's Marcin Iwinski told Eurogamer. "We'll not deliver exclusive content to any of the platforms, nor will we artificially delay release of the game on any of the platforms because somebody's paying us money for that. It's definitely against our values. We are not doing that."

"What we are doing in terms of marketing cooperation," he continued, "you'll see that at E3."

The Witcher 3 has no multiplayer but something online lurks within the RPG. "We will be talking about it when the time comes," he teased, presumably referring to E3. "It's too early right now." Will Geralt be sharing selfies on Facebook? Will we have to deal with a dreaded pack of photo-bombing werewolves? Time will tell.

The Witcher 3: Wild Hunt releases on PC, Xbox One and PS4 in February 2015. CD Projekt RED recently said there will be "no more delays" to the RPG as the development team are "not newbies" to triple A projects.