Alienware to introduce 'annual' Steam Machine releases with "no customization" 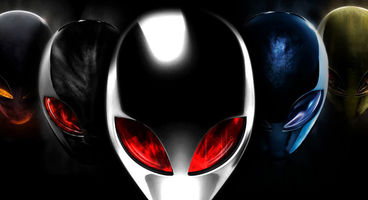 PC put'er-together'er Alienware has announced plans for annual launches of their own Steam Machine line. However they seemed to have missed the memo where PCs are, by and large, upgradeable.

Alienware's line will have "no customization options – you can’t really update it." They're declaring that the "platform will continue to evolve" as resource demands increase.

Yes, it sounds as if the platform will indeed evolve, but without you Alienware. Steam Machines are mini-PCs, which have the major selling point of customisation.

“Lifecycle wise, consoles update every five, six, seven years, we will be updating our Steam Machines every year,” said general manager Frank Azor. “There will be no customization options – you can’t really update it. The platform will continue to evolve as the games become more resource intensive."

“If you actually want to customize your Alienware Steam Machine, maybe change your graphics card out or put in a new CPU, you would be better off with the standard Alienware X51. This particular product is restricted in its upgrade options.” The X51 is a more traditional mini-PC, which will serve as a 'Steam Machine' just fine with customisation.

Whether through smugness, righteousness or something-else-ness, PC users champion their platform for being upgradable and customisable - which a gaming console can't take advantage of. Alienware's Steam Machine line has just removed the sole advantage of a PC - you're building a console Alienware, you've missed the point.

Many different PC manufacturers are bringing out their own Steam Machines this year, while Valve has said they aren't interested in developing their own but prefer the role as an 'enabler' for others.