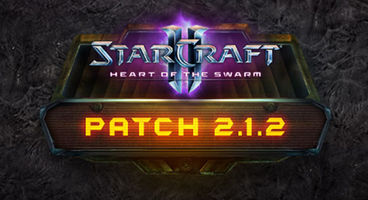 The latest patch for real-time strategy StarCraft II is due out this week for all regions and Blizzard has now revealed what tweaks it has inside. This particular patch focuses mostly on the Friends List.

Our list of chums should now "sort correctly based on friend type," and chat messages appear if you're set to 'Busy'. The counter for new messages should also work properly.

The Battle.net Desktop App was also given a tune-up so that a player's presence was noted correctly when logging into StarCraft II from it.

▪ Your Friends List should now sort correctly based on friend type.

▪ The New Messages counter will now correctly update for messages sent from the same player across multiple games.

▪ New chat tabs should no longer appear when continuing a conversation with a player who has logged in and out of multiple games.

▪ Fixed an issue where players could appear as offline in StarCraft II when logging in and out of multiple games.

▪ Fixed an issue which occasionally prevented a player’s presence from updating when logging into StarCraft II from the Battle.net Desktop App.