21 July 2014 | By Michael_Westgarth
It's safe to say that most fans of futuristic racers considered the sub-genre dead following Sony's closure of Wipeout developer Studio Liverpool and Nintendo's refusal to revitalise F-Zero. But good things come to those who wait, a proverb that may well be fulfilled by Windows based racer Radial-G, should its Kickstarter campaign find success.

Combining the best of modern gaming technologies, Radial-G isn't only an answer to the lack of futuristic racers, but a potential next step in the sub-genre's evolution. The collective resume of its developer, Tammeka Games, cites the likes of racers Extreme-G, MotoGP and Split/Second, the MMOs Guild Wars, Aion and WildStar, and and other related experience clocking in at roughly 35 years. 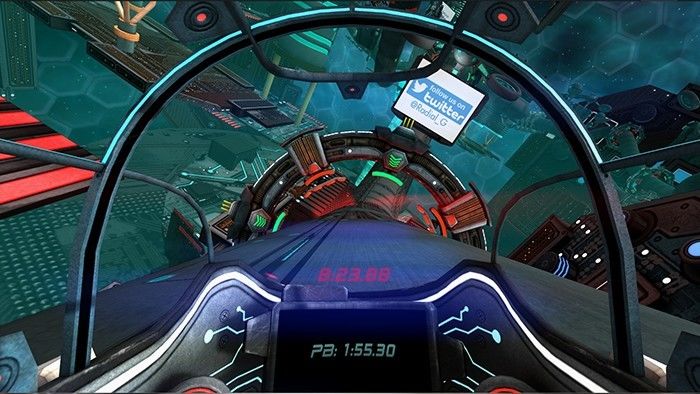 If funded and developed, Radial-G will offer smooth 1080p, 60fps high-speed races against 32 computer or human controlled opponents over nine different tracks. Planned features for future updates include additional tracks and race modes, customisable craft and pilots, and a track editor. It's all information that can be found on Radial-G's comprehensive Kickstarter page – including a playable demo – and it's all information worth reading.

The scope of Tammeka's plans for Radial-G and its impressive credentials make for a tantalising combination, but the Brighton based team have set their sights for zero-G domination one step further – to the world of virtual reality.

"Having had Oculus Rift headsets since day one ... we've been working on a variety of serious VR content that utilises 3D in new ways to increase immersion and learning," explains Sam Watts. "Radial-G game producer and community manager. "This allowed us to hone our 3D VR & Unity3D skills to new levels. We were then ready to start working on the demo for Radial-G. With combined experience of VR and gaming tallying around 35 years in all, we were ready and very willing to make an arcade racing game for VR."

It's important to note that Radial-G will be playable without an Oculus Rift, although it is the platform Tammeka are primarily developing for.

Like many PC gamers, I recognise the appeal of the Oculus Rift and have contemplated buying one, but the small number of high quality, Oculus-exclusive games and the steep price tag for development kits has stood in the way. So when looking over Radial-G's Kickstarter profile, I couldn't help but feel Tammeka was shooting itself in the foot by aiming at what is still a niche market. Watts, on the other hand, is wholly optimistic about the future of VR, shooting holes in my self directed doom-mongering.

"What I think everyone is aware of is the number of previous attempts to launch VR into the mainstream only to see it fail miserably," Watts explains. "With Oculus Rift and Sony Morpheus ... I think VR is here to stay this time and in a big way. Very much like how we now look back to the original PlayStation and the level of graphics which, at the time, were amazing but look pretty bad now, we'll look back in a few years time at the early VR demos and games and realise how simple they were. But as with all new technology, baby steps first before the big leaps."

There's no doubt that gamers of the 90's were enamoured with what are now considered the awkward first steps into primitive, polygonal worlds. The same can also be said of initial forms of online multiplayer, digital content distribution and mobile gaming, all of which had slow starts but would eventually become integral to modern gaming following passionate pushes by innovative developers. So perhaps the success of VR today has less to do with the technology itself, and more to do with the right combination of unique content providers.

"Both mainstream companies, Oculus VR and Sony Morpheus, are targeting the indie development scene first ahead of the traditional AAA studios," Watts tells me. "This makes a lot of sense as it is typically indies who are prepared and willing to push the boat out and take a risk rather than stick to a known, high-sales volume formula or only get involved when there are figures available for commercial product sales etc."

Looking over Radial-G's Kickstarter page once more, it's clear that Tammeka put great value on its independence. However it's also clear from the team's impressive "AAA" orientated credentials that Tammeka's formation is a result of the very same conservative sector of the videogame industry they now shun. The stories are often the same; a lack of creative freedoms, long office hours and low pay. But was this too the experience of the Tammeka team?

"Those of the team who come from the AAA background have been made redundant at least once," said Watts. "Worked on many titles that have never been announced to the public and cancelled internally and dealt with the marketing & PR "bullshots", all without being able to directly connect to the players of the games that they have worked on."

The liberation from the oft unreasonable demands of large publishers is an obvious draw to "AAA" veterans thinking of turning indie. However, those who actually make the jump are almost always in awe of high degree of fan interaction it allows. This is certainly the case with Firefly and Muzzy Lane, both of which I've spoken to in the past, and both of which treasure their developer-fan interactions after becoming independent. According to Sam Watts, the team at Tammeka are no different. 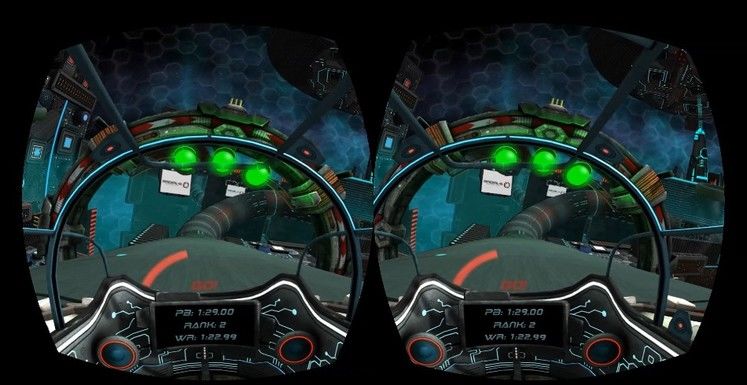 "We control our destinies apart from our Kickstarter destiny, that's entirely in the hands of our wonderful backers and control our messaging and communication to the players," Watts explains. "Who we can actually go out and meet, as developers, and talk to them to find out what they want from a game, rather than them being told what they are getting from a game... It's vitally important to be able to directly connect to your players and have that link to work on things together and build the greatest, most fun games possible."

With passionate developers such as Tammeka to support it, the Oculus Rift may just stand a fighting chance at becoming a successful consumer product if and when the mass produced model becomes available. Until that time, Oculus Rift dev kit owners and PC gamers can look forward to some high speed, zero-G action in Radial-G, that is, if the game's Kickstarter campaign is successful.

For more information on Radial-G, check out the game's Kickstarter page and official website.