22 May 2014 | By Nick Horth
Developed by husband and wife team Northway Games and originally Kickstarted in October last year, Rebuild: Gangs of Deadsville charges you with clearing up a ruined city and building anew after a zombie apocalypse. It's out on Early Access now.

focuses on a small band of survivors trying to restore civilisation to a destroyed city. You'll have to make major decisions about how to go about this. Do you send them out to gain valuable medical supplies, or send them to snipe zombies from the safety of a watchtower? Stockpile food or swap it it for ammuniton to wandering traders? It's like the strategy and fortification bits from State of Decay writ large, essentially.

Sarah Northway, one half of the Northway Games team, posted the following message regarding Early Access.

“Hi, I'm Sarah, the developer. Rebuild is in Early Access, which means it's still missing quite a bit of content (see the details below) and might have a few bugs in its place. But the base game is very playable, and I've been told fun too!

She promises to update monthly, with a full release planned for "the end of 2014".

You can get hold of the Early Access version for £10.99 on the Steam store page here. 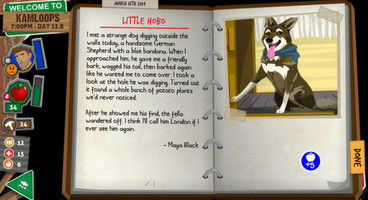 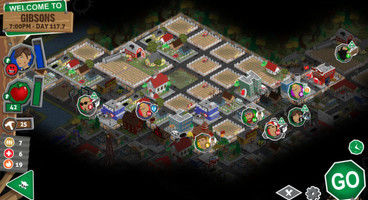