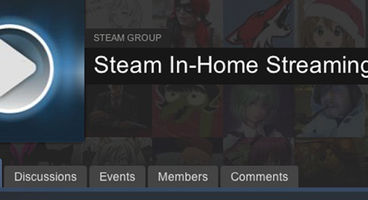 For those invited to the closed beta of Steam's In-Home Streaming system their choices have just been blown wide open as Valve now include support for non-Steam games.

That means we can start cramming our Libraries with Minesweeper. However the In-Home Streaming system is still very much in a beta state and full of hiccups.

Users who mouse click on the wild side and take part in the Steam beta you might have noticed the added function of "streaming non-Steam games in the Steam library".

Of course if you're not in the closed beta group or have never heard of In-Home Streaming then you'll be wondering what the heck that's all about. Some videos on YouTube have started springing up showing the new streaming feature in action and also highlight it’s got a ways to go yet before it's ready.

Non-Steamy SimCity, World of Warcraft and Mass Effect 3 on 50" LED backlit TV? Almost. Where the Library would normally have the button 'Play' for your games, instead you've have 'Stream' instead. Valve has cautioned against using a wireless network to run In-Home Streaming because of latency spikes; they advise a wired connection.