23 April 2014 | By Nick Horth
During a GDC2014 conference titled Quest for Quality: Maximizing the Relationship Between Creative and Production, Sledgehammer Games revealed the first image from their upcoming Call of Duty game set to release this year. Said image was posted today by IGN. Don't get too excited though, it's just a chap's face. 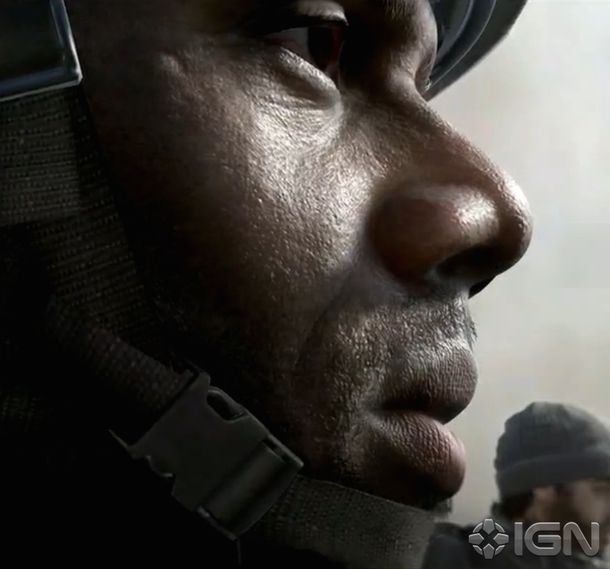 This title will be Sledgehammer Games' first foray into development for the series, joining Infinity Ward and Treyarch in a three-year production cycle that will not end until the sun fails and our galaxy is plunged into utter darkness.

The 2014 Call of Duty game will primarily focus on next-gen technology according to Activision CEO Eric Hirshberg "Now that we have the next-gen hardware out in the marketplace and solid, that is our primary development," he said earlier this year.