24 June 2014 | By Nick Horth
Riot have been working on an update to the classic League of Legends map Summoner's Rift for a while now. In a video released today, the developers take us through the main changes and give us an insight into their intentions.

"Given the importance of Summoner’s Rift to League of Legends,"

reads a post on the League of Legends website, "the fundamental structure of the map remains untouched. Flashable walls, turret ranges, lane sizes, brush interaction and ward placements are exactly as they are on the current map. The intention is to keep moment-to-moment League of Legends the same while improving gameplay through additional clarity."

Graphical changes and layout improvements are intended to draw the player's eye to key areas on the map; "The environment should be the background," say Riot, "allowing particle effects and champions to pop off the screen and feed players the crucial data they need to make the right play."

You can read the full website post here. There's a sub-forum for feedback and developer interaction here. 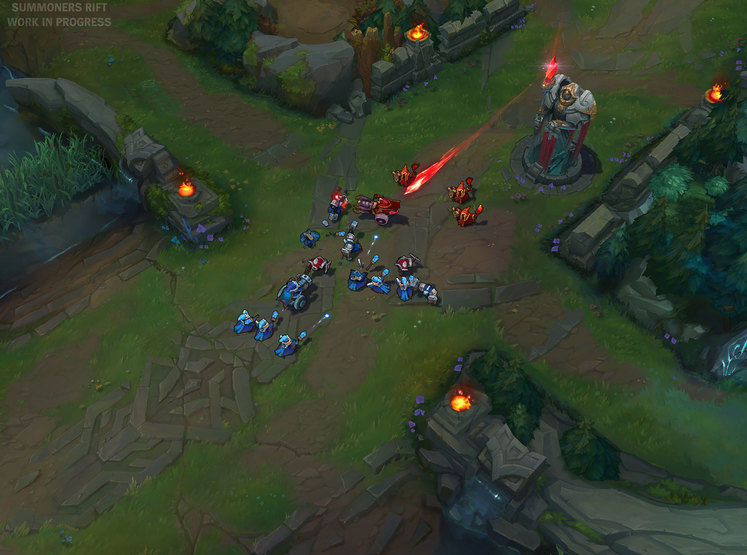