25 July 2014 | By Nick Horth
Marvel is partnering with Bandai Namco in order to create a 16-issue comic book for free-to-play arena brawler Rise of Incarnates.

Issues 1 and 2 debuted yesterday at the Bandai Namco panel and booth at the San Diego Comic Con, but they should also be available for free at 2,500 specialist comic book stores starting today.

Don't have one of those near you? You can also grab the first two issues for free on iPhone, iPad, iPod Touch and Android via the Marvel Unlimited Comics App.

Developed by the creators of Tekken and Soul Calibur, Rise of Incarnates is a free-to-play fighting game set in a world on the brink of destruction, the population of which has been filled with perpetual fear by a mysterious phenomenon know as “cubephenomena”. I'm not making that up. Then there are these guys called Incarnates who are powered by gods or demons or something, who set out to defeat "the Sovereign of this era", which will in turn let them achieve their destiny.

Good god, the plot makes no sense at all. Let's just keep it simple; the world's dying so go and punch people in the face to save it.

Expect the tie-in comic to continue the 'superheroes punching each other' theme. You can sign up for the Rise of Incarnates beta on the game's official website. 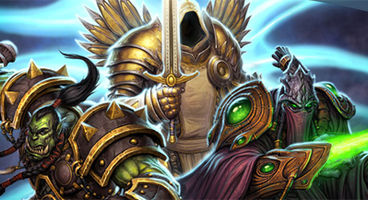 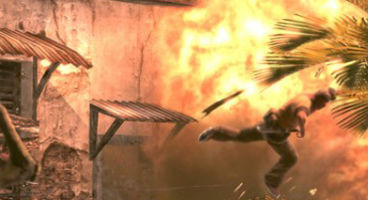 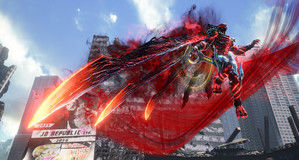